Onesta Foundation participated in the Adult Business Ordinances Workshop put on by City of Reno. We listened and gave our input and reject the proposed new adult ordiances that would displace workers and long time business. We ask you to give your input before October 5th 2018. You can click thru here to the online… read more 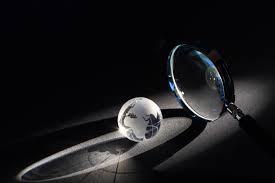 NEW WOMEN’S ADVOCACY GROUP PROMOTES WOMEN’S RIGHTS AND THE SENSUAL VALUE OF A MODICUM OF MODESTY   Reno NV- In an unusual convergence, both International Go Topless Day and Women’s Equality Day fall on the same day, this Sunday, August 26th.   “Go Topless Day is a fun way to recognize that human bodies are beautiful, and everyone should have equal… read more

ONESTA FOUNDATION OPENS AUGUST 26, 2018 WITH A MISSION TO REFORM NEVADA’S BROTHEL INDUSTRY, INSPIRED BY THE CORTIGIANA ONESTA, THE INTELLECTUAL COURTESEAN CLASS OF RENNAISANCE VENICE.   What: Onesta Foundation official public announcement and mission statement Who Should Attend: All members of the press corps are invited to pose questions to Executive Director, Bella Cummins, via Facebook Live. When: Women’s… read more